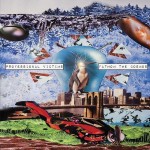 “The DIY alternative rock duo from Syracuse, NY has returned with a new EP entitled “Fathom The Cosmos” . This five song adventure explores the space between synth pop and alt rock riffs.” 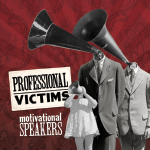 Motivational Speakers” is the follow up to Professional Victims 2009 debut album “Penalties & Punishment”. The DIY alternative rock outfit from Syracuse, NY has returned with their best work to date. These self proclaimed “Professional Victims” sing songs of no redemption while relapsing under sinking ceilings. “Motivational Speakers” is breaking new ground for all bands practicing reverse psychology. 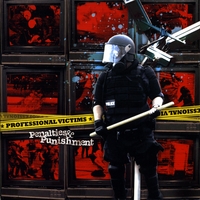 The 2009 debut album contains hard driving rhythms with a marriage of gruff rock vocals and haunting hooks.Despite avoiding overused themes, the music is easily accessible and songs like “Bury the Past” and “Red Velvet Rope” will become imbedded in your mind after just a couple listens.

ASHLEY COX: HONEY BY THE POUND

16 songs written, recorded and produced by Ashley. Honey by the Pound is a concoction of memories, dreams, fears and fantasies all put to music in 2007. This collection takes you from techno to folk, all supported by a Portishead-esque voice that is Ashley Cox.

(Shawn Sullivan wrote all the music / lyrics for this EP)

“This level of musicianship and professionalism on a debut EP for an unsigned band is incredibly rare. Bitch Cassidy could slide right into rotation just about anywhere and not for one second sound out of place. That’s not to say it’s unoriginal or derivative, quite the opposite. Its simplistic pop music, but the honesty and depth set it light years apart from what else is out there. The Gift And The Sickness is a college PD’s wet dream, and it merely being recorded has improved the quality of the underground music scene.” AJ- Kings of A&R